This project worked with Oculus Rift and Razer Hydra. I made this project for my research on evaluating the usability of 3DUI for kids with autism. With the virtual hands controlled by users’ real hands, users are able to pick up milk/cereal box, pour and mix cereal and milk in the bowl. Measuring cups could be used to accurately deliver a certain amount of milk and cereal. During the users interactions with the simulator, data such as the movement trail of user’s hands, tasks performances etc. were recorded and analysed. I am trying to find the general guidelines for building 3DUI Virtual Reality tools for autism therapy. To download and try this simulator please click here.

In addition, I made small tests to measure your sense of manipulating  3D virtual objects, it could be download by click here. The task is simply rotating or translating the house at the left side to make its orientation the same as the house at the right side. 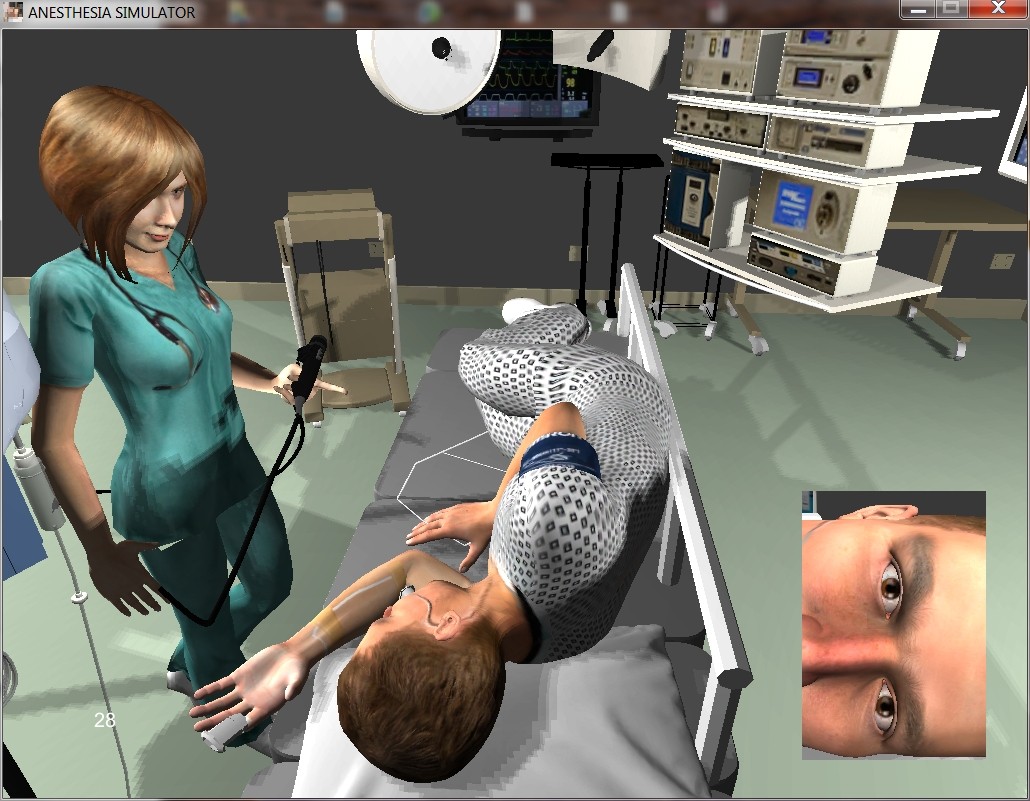 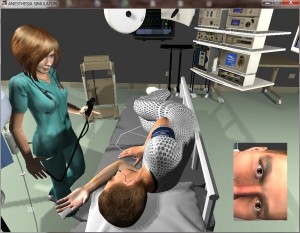 This project is a collaboration between The University of Texas at San Antonio and the University of Florida. I am the developer of the anesthesia simulator tool. Below is a video overview of this project, but it is an relatively old version. For more current version, please go to projects page and download.

And the research we conducted with my tool:

AIM: We studied whether anesthesia providers account for racial differences in propofol sensitivity (reported in the anesthesia literature) when selecting loading doses for propofol sedation and analgesia.

METHODS: We developed a mixed reality simulator consisting of a 3D virtual human and a physical mannequin. Based on published data, propofol pharmacodynamics was altered, in order of increasing sensitivity (loss of consciousness, LOC, determined by loss of response to verbal commands at lower effect site concentrations), for Caucasian, Black and Indian (South Asian) patients. With IRB approval and informed consent, anesthesia providers administered propofol sedation and analgesia for upper GI endoscopy to three consecutive simulated male patients (Caucasian, Indian, Black) that were otherwise similar. Users interacted with the mannequin (verbal, jaw thrusts, shaking); the virtual representation depicted movement and pain response and a different patient appearance based on race.

CONCLUSIONS: If the above data collected in a simulated environment at an academic health center in the Southeast United States are representative of actual clinical practice, it indicates a race-blind formulaic  pproach that predisposes sensitive races to oversedation and a learning gap that may need to be addressed in training programs.